If you're in search of the "Garden of Eden", look no further than Kerala, in the hills near Wayanad, where you'll find Amaryllis Homestay - another peaceful haven away from the frenetic pace of daily life in India. This is Victor and Ranjini Dey's home, in a prime location, overlooking a fertile, green valley, where they welcome guests from all over the world into their productive coffee plantation. 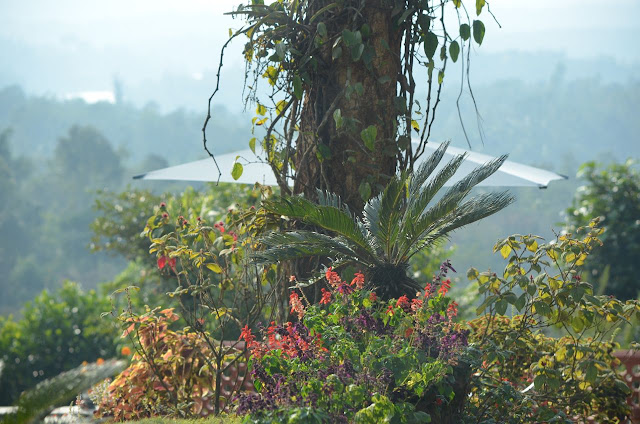 Victor has lived the plantation life since he was a young man, when he first arrived in Kerala from Calcutta, aged 20, and started working in a tea plantation near the well-known hill station, Ooty. His monthly stipend was a mere 250 Indian Rupees (a little over £3.00 at today's exchange rates) although he only brought home less than half of this to his new bride Ranjini, after other deductions. He still keeps a copy of his wages slip in the bar at Amaryllis to remind him of those days. 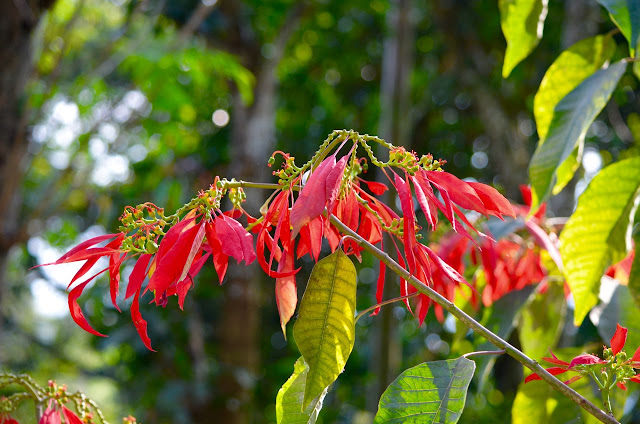 Victor has worked in the industry for 50 years now, managing tea, coffee and cardamom crops on different plantations, but most recently at the Kuppamudi Estate, which is also home to another popular Wayanad tourist property called Tranquil. But in 2006, they chanced upon the site that is now Amaryllis and when they saw the view (see below) from the plot they'd discovered, they knew this was the perfect place for their new home. 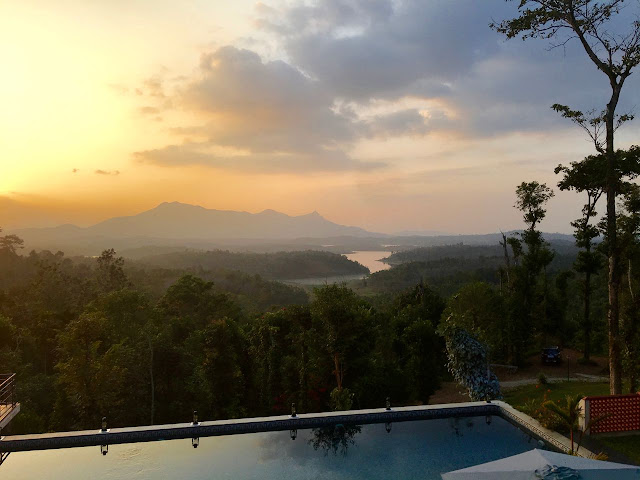 Building started in 2008 when they brought in the necessary equipment to level the top of the hill and four years later, construction was finished. But Victor continued to work as manager at the neighbouring Kuppamudi Estate and it was not until January 2016 that they opened to guests. What you see there today is a tribute to their combined efforts - a magnificently-run home, with far reaching views. But particularly noteworthy is Victor's clever use of local woods to decorate their home. 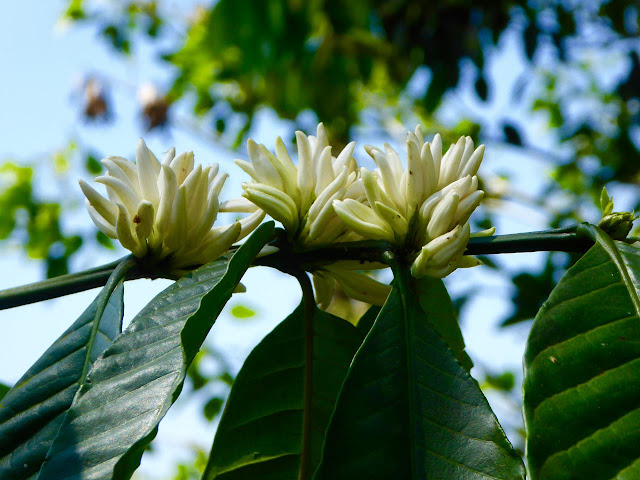 On the day we arrived, I didn't recognise the coffee plants because they were all bearing white blossoms (above), rather than the familiar reddish pods (below). But Victor explained that the harvest doesn't normally finish until mid to late February and this year is unusual because there has been unseasonal regional rain, which has encouraged the plants to blossom early. 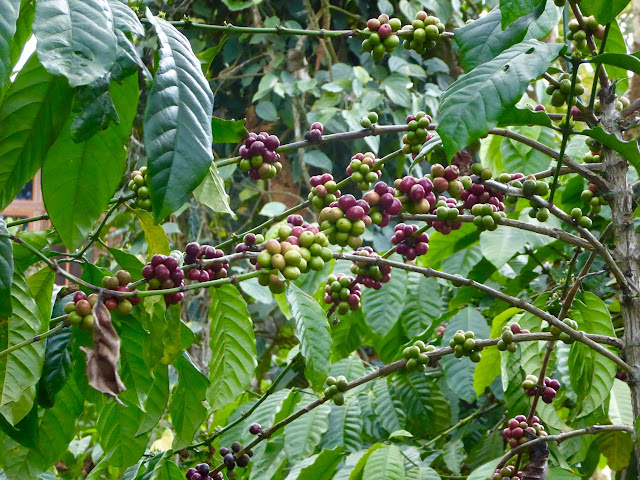 Once the blossom fully opens, it will remain open for three days and produce a jasmine-like smell before beginning to dry out in the sun, sticking to the small berry that's forming there and providing protection throughout the hot summer months and monsoon season.And so another coffee berry cycle begins, with the pod continuing to grow for a further 9-10 months and finally being harvested the following year when it has reached full size. 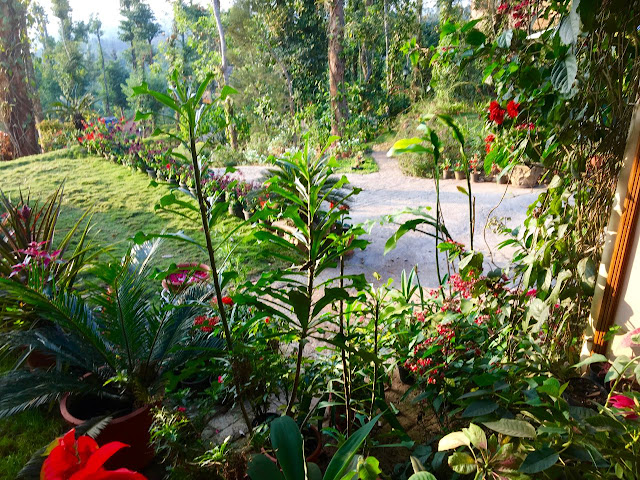 Wander around the grounds at Amaryllis and you will find many other delights, including pepper creeping up the trees; Artocarpus heterophyllus - the "Jack" fruit tree, with its monumental green fruit blooms; and a plethora of tropical plant delights, as well as hundreds of potted plants that decorate the terraces. 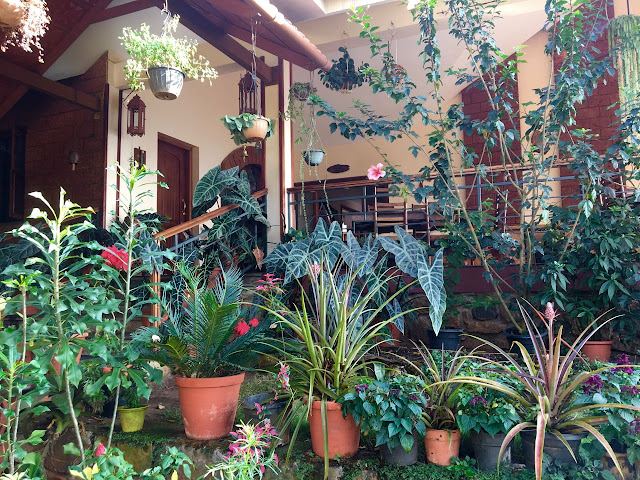 But it's the homestay experience that makes Amaryllis so special. Both Victor and Janjini have many years of experience in the hospitality industry, after their long stint at nearby Tranquil. They are charming hosts and they run a wonderful home. Most of the bedrooms are in the main house, but for a really special experience, stay in one of the two tree houses on site (see below), both constructed of local bamboo. 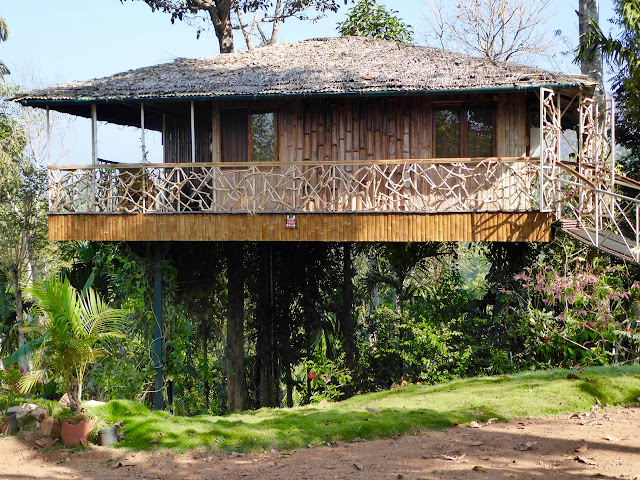 Amaryllis is one of the new-generation Indian homestays that promises to make travelling here easier for visitors seeking a combination of comfort and local interest. Beautifully furnished rooms, wonderful home cooking and efficient bathrooms. Victor and Jini take great pride in their home and extend their hospitality to all their guests. I for one, will be return ing next time I visit Kerala. 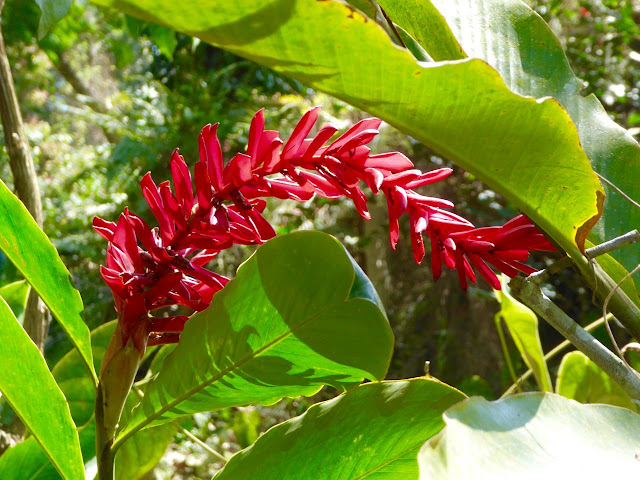