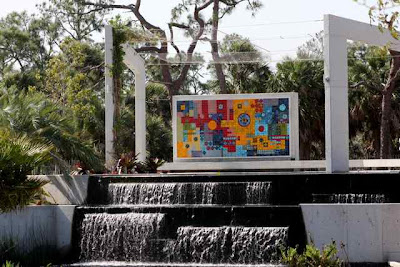 I have a feeling that many of you (particularly US Blotanists) have been waiting for a review of the new Naples Botanical Garden. I was there last week on my way home from Miami and managed to get round the site before one of the torrential Florida downpours that are so typical at this time of year! If I'd left it any later, both camera and me would have disintegrated like soggy kitchen towels, but that said, it still would have been worth the visit - even in the rain - because this is an exciting and visionary garden.
It's rare when a new botanical garden opens (in England we have the National Botanic Garden of Wales that opened in 2000) so it's fascinating to see the approach that both designers and plantsmen have adopted at Naples. The emphasis is on eco-friendly practice, including water conservation, and there's no doubt the planting is innovative and the colour schemes impressive! And when I say funky ... that's a compliment! 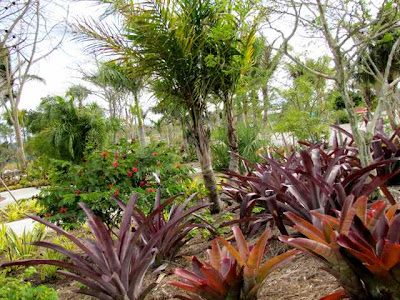 Of course, it's very new (opened November 2009), so many plants are still settling into their new home, but the most striking feature about this garden is its clear cut lines; the wide paths and open spaces; the choice of themes within the separate garden areas; the use of native tropical plants; and the emphasis on education for those who are not familiar with gardens and gardening. The labelling is also brilliant - a real plus for novice gardeners.
Different designers have been brought in for each garden and the result is a clever mix of themes, using plants that will thrive in the Naples climate. Currently up and running are the Children's Garden, designed by Herb Schaal and the Brazilian Garden by Raymond Jungles; with the Caribbean Garden well under way (below); while the Florida and Asian Gardens are in the making. 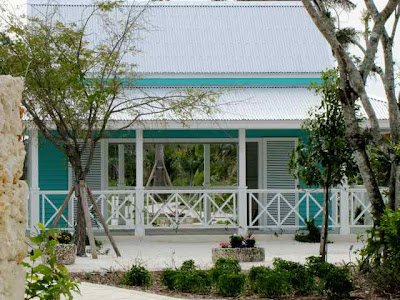 The Children's Garden is a masterpiece - a wonderful piece of planning - and so well designed and enticing that children are going to love exploring here, with the butterfly house, the boardwalk trail (below), the tree house and the fountain that kids (and adults) can splash around in! Some interesting touches too in the Hidden Garden where you'll see all sorts of unusual planters - handbags and shoes to name just two - but certainly not like the usual plant containers you find at home, so watch out mum ... you could find your shoes filled with plants quicker than you think! 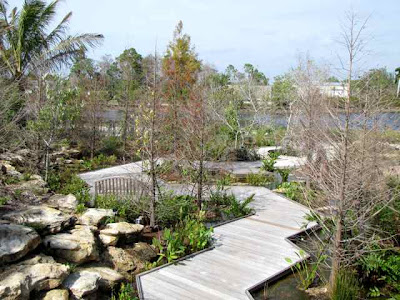 The Brazilian Garden, designed by Raymond Jungles, takes centre stage with it's magnificent ceramic mural by Roberto Burle Marx (top). Marx, who died in 1994, has been described as "the father of modern landscape architecture" and Jungles, who trained with him, has donated the amazing mural to the Naples Botanical Garden, where it sits atop an infinity pool. 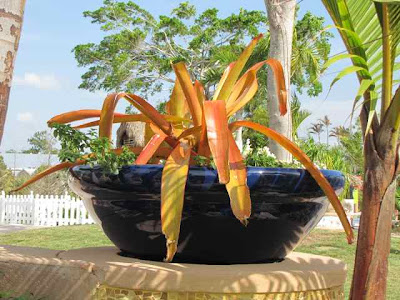 And under development you've got the other themed areas - the Florida and Asian Gardens - which will open some time in 2010. But all-in-all this is a massive and wonderfully master-minded project and a tribute to those who have been committed to it. The website is excellent too: easy to navigate and very informative.
This garden is one to watch - I'm really glad I saw it at the beginning - because when I return in years to come, I'll be able to see how it's progressing. Go and visit if you're anywhere near by because you won't be disappointed. 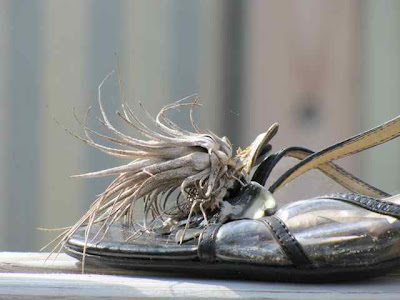