Hiding from the hordes at Hidcote! 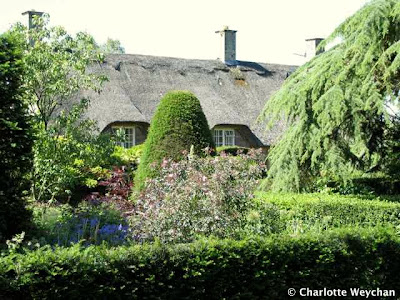 Yesterday was Midsummer's Day and I visited several gardens in the Cotswolds with fellow British blogger Rothschild Orchid. My first stop was Hidcote Manor, former home of expatriate American, Lawrence Johnston, who also created the gardens at Serre de la Madone in the south of France.  I know this is one of the most-visited landscapes in Britain, but nothing ... and I mean nothing, could have prepared me for the hordes of people there, even though I arrived as the doors opened at 10.00 on the dot! 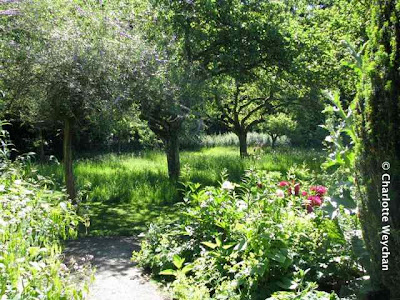 Hidcote is hidden away down country lanes in Gloucestershire and I should have guessed from the flow of traffic on the way there what it was going to be like, but when I realised all the cars and coaches were bound for the same place as me, there was little choice but to gather my cameras, run into the gardens and see if I could get photographs before I was outnumbered by the throng of foreign tourists who clearly had the same idea as me!!  (I had wondered why RO had said she'd meet me once I'd seen this garden!!) 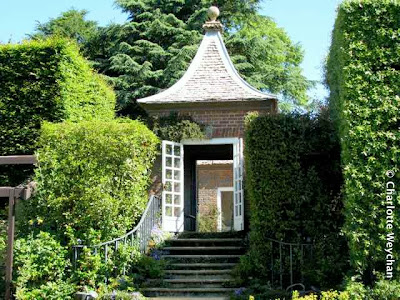 There's little doubt this is an iconic English garden, set as it is in the rolling Gloucestershire countryside; with pretty thatched cottages woven into the landscape and Johnston's vision of "a wild garden in a formal setting"; but like Sissinghurst in Kent, you need nerves of steel to visit in high season and you could be forgiven for thinking that you were somewhere in Europe rather than in the heart of England.  In the brief time I was there, I must have been told to move out of the way in no less than five languages, as I tried to get a few pictures! 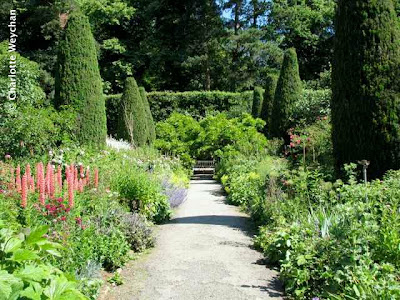 The grounds at Hidcote extend to some 10 acres and the main features are its many different garden rooms, wonderful hornbeam walk, gorgeous borders (above) and views over the surrounding countryside, but I'm afraid I wont be visiting again until low season .... it was just too crowded for me. Frankly I'd rather go to Serre de la Madone, which is currently being restored to its former glory after years of neglect!  Hidcote is only open on three weekdays, so you have to get there between Monday and Wednesday and I would imagine that weekends are even more crowded!! 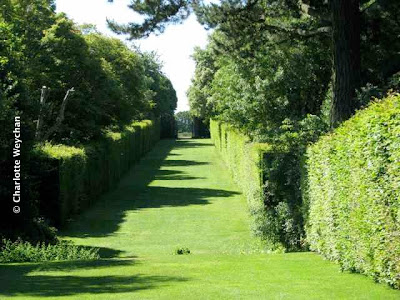 Whatever my experience here at Hidcote, garden-lovers should visit, if only because there's another property adjacent that I'll be reviewing tomorrow - Kiftsgate Court - and that's where RO met me ... sensible lady!! And if you're wondering how I got pictures without people ... I too did my share of asking people to move out of the way ... in English.
Labels: Garden VisitsGloucestershire Gardening Gardens Hidcote Manor Lawrence Johnston Serre de la Madone The Galloping Gardener