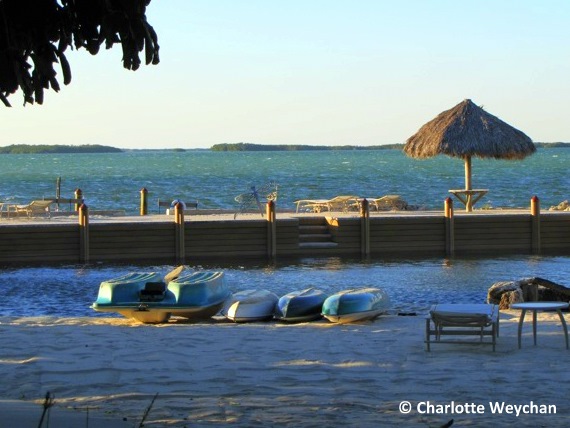 Hardly a garden view, but one you might enjoy at any time! This is what you'll see when you stay at the world's first Botanical Garden that offers accommodation among the plants - Kona Kai in Key Largo on the Florida Keys - and close enough from Miami to visit in a day if you're in the area. 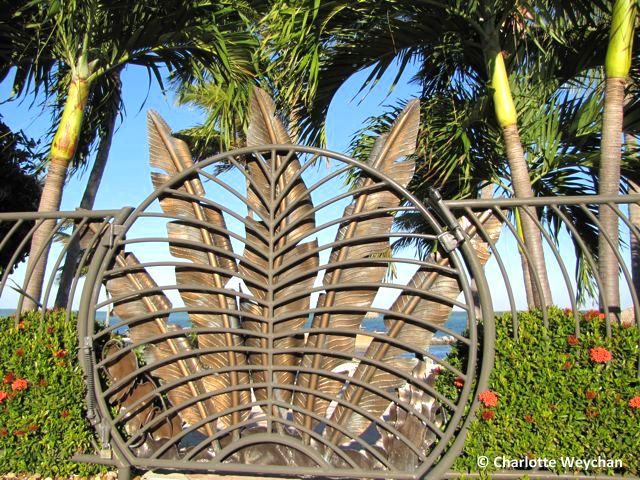 Today, I wanted to tell you about someone I met last month on my way to Key West, who not only made a lasting impression in me, but prompted me to research the whole concept of Ethnobotany and think about the way we're going in the world of gardens and plants. Joe Harris, former journalist, is the man behind the  gardens at Kona Kai Resort and he's passionate about his plot. It would be hard not to get enthused just listening to him and if you get the chance to meet him, you'll soon find yourself wrapped up in the story of this little piece of paradise.
Ethnobotany is the scientific study of the relationship between plants and people. It explores the way in which plants have influenced humanity and recognises that man could not survive without plants for their primary needs - food, shelter and medicines. And with burning issues like climate change constantly in camera, it's especially topical today, since mankind is more dependent on plants than ever for survival.
Joe and his wife have created the world's first "Live-In" Botanical Garden in Key Largo, and when I stayed there last month, I was lucky enough to meet him and hear about his passion for gardens. Work began here in 1997 when they arrived in Florida and since then it's been a story of sourcing and securing suitable plants for Kona Kai. Today there are over 300 different species here in the garden, which   officially opens in March this year. Joe is the first to admit that it's a real asset being so close to Fairchild Tropical Botanic Gardens in Miami, because he consults regularly with them. He also told me that there are particularly good nurseries south of Miami for sourcing plants. 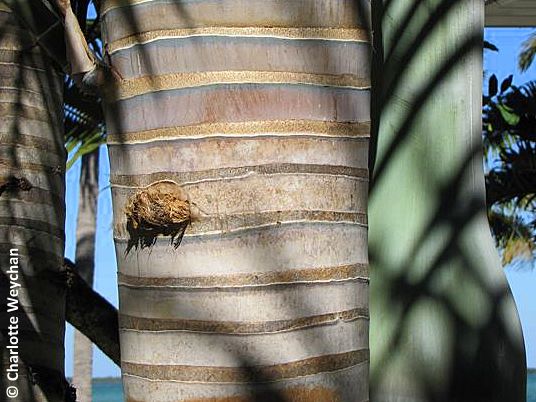 Kona Kai already has more than 40 palms, 200 bromeliads and 300 orchids in its collection but I have to say that of all the plants here, the Spindle Palm (Hyophorbe verschaffeltii) was my favourite - so called, because it's swollen in the middle (see above) - with its unusual texture, shape and colouring. And I was so taken by this particular palm, that I'm looking to see if we can grow them at our plot in India (for more information visit Jardins sans Frontiers).
Labels: Botanical Gardens Ethnobotany Florida Kona Kai