It's strange weather in Rajasthan! We've had monsoon rain in February; roads were flooded and skies dark yesterday and today as I made my way to Jaisalmer in the far Northwest corner of the state to witness a crane feeding ceremony unlike any other I've seen before.
If you travel north of Jodhpur, you'll come to a remote village near the Indian border, where thousands of demoiselle cranes descend every morning at this time of year to be fed by the villagers. It's a spectacular sight, even in the current cold, damp weather, and has been going on for many, many decades. 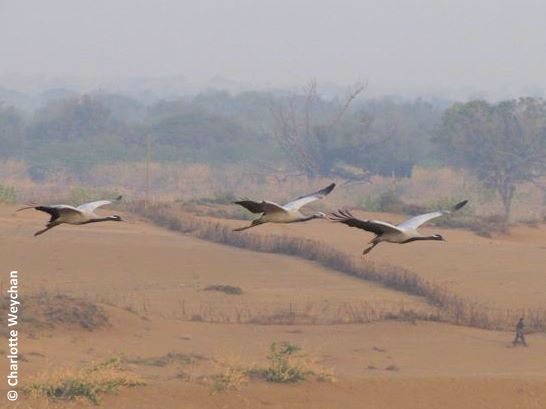 It's impossible to work out how many pairs of demoiselles there are - cranes are birds that partner for life - but they start descending on the village shortly after sunrise during the winter months (October- March) and have been returning to the same spot for nearly 100 years. They fly in strict formation. 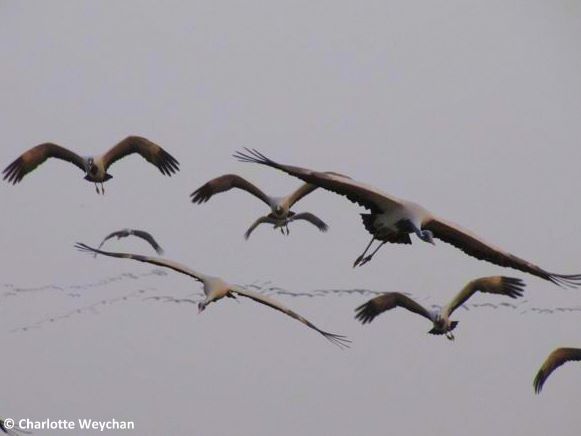 As more and more birds arrive, the noise is deafening! You can hear them coming from a considerable distance because of their distinctive chattering, and once they descend onto the sand adjacent to the village, they start to walk down the dunes to the patch where the villagers spread grain every morning. 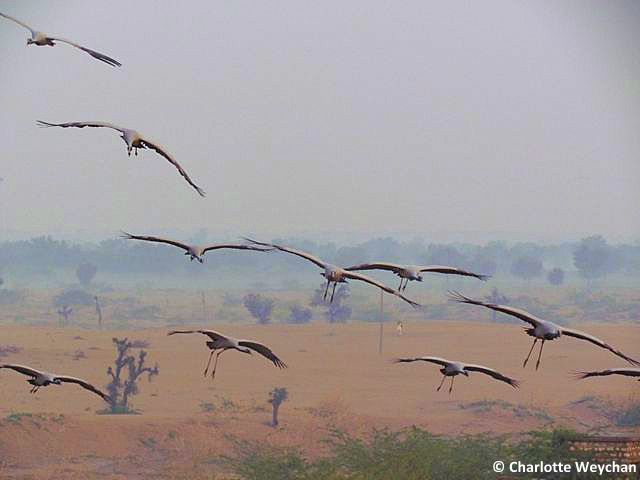 They feed in rotation, with one flock coming into land and eat the grain on the ground, while others return to the desert to wait for their turn again - hence the difficulty in ascertaining numbers - although I suspect there must have been in the region of 8,000 birds this morning. 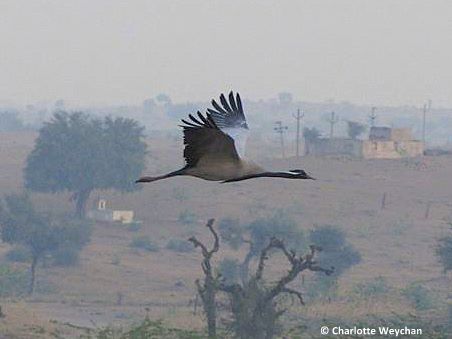