From Rajasthan to Rousham - two walled gardens a world apart! 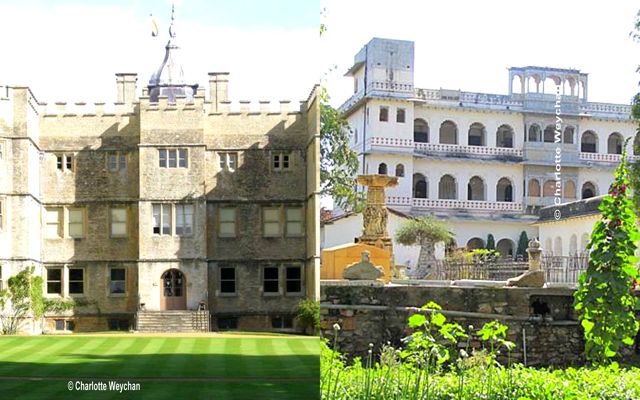 From Rajasthan to Rousham - it was Born (aka Plant Chaser) who put this idea in my head - thank you! When I read his comment on my last entry, even I began to realise how extraordinary it is that one week I could be way off the beaten track in India, but return to the UK and then write about English gardens in springtime just a few days later. And reflecting further on his comment, I realised there were similarities between two of the great gardens I've visited in the last two weeks - Bijaipur Palace and Rousham House - despite the 5,000 miles that separates them.
The garden at Bijaipur Palace is filled with English flowers, thanks to a former palace resident and passionate garden lover who brought her seeds back from Britain - and is in full bloom throughout our English winter. I was there in February and the garden looked quite glorious - a real surprise when you consider that most of Rajasthan is an arid desert. I've yet to write about the Bijaipur tented camp on Pangarh Lake, but promise to do so in the next couple of weeks. (You can read more about this in Paul and Pauline's Sussex Prairies in the "Blogs I Love" list on the right).
Rousham House is open throughout the year and is remarkably similar to Bijaipur in terms of its grandeur. Hailed as one of the greatest gardens of the world by Monty Don in his popular television series, I have to agree that this is one of my favourite gardens too, with its sheer sense of scale. I was there last weekend and on a grey, wintery day, this sense of space - so rarely available in modern gardens - is even more evident. 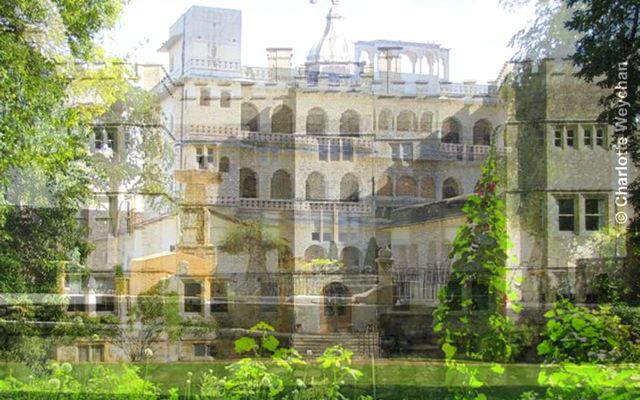 Superimpose the two properties on one another and you come out with the image above - great facades filled with windows, overlooking vast tracts of land and with water nearby. But of course, Rousham was designed by celebrated English landscape gardener, William Kent, while the origins of Bijaipur are unknown - it is just one more of many great palaces in Rajasthan - but one worth making a detour for. 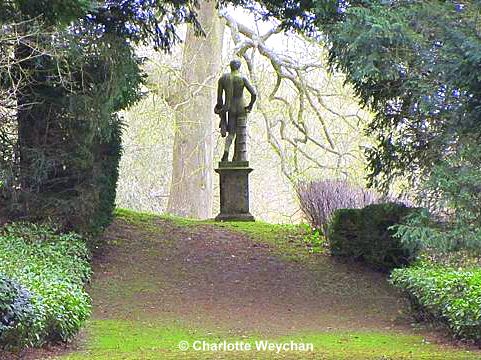 I'll be returning to review Rousham in winter soon, but if you've got the chance, go and visit - it's as spectacular now as at any time in the summer and while the branches are still bare, you get a real sense of the drama of this garden.
Labels: Bijaipur Jardins Sans Frontiers Oxfordshire Rajasthan Rousham The Galloping Gardener