Visions of Venice at Vizcaya, Florida 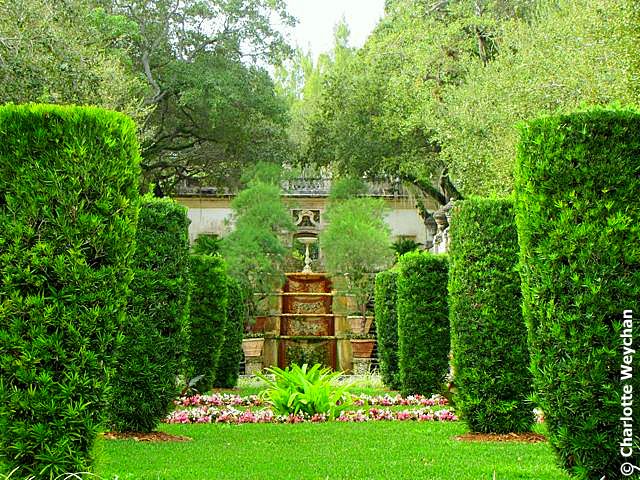 The gardens at Vizcaya, south of Miami, bear little resemblance to any other gardens I've seen in the "Sunshine State". It's not just the yew topiary (above), but the ornate design of the formal gardens that set this property apart from all others in Florida. This unique Italianate garden was designed to complement the winter home of Chicago industrialist, James Deering, who built an amazing Renaissance -style villa overlooking Biscayne Bay, nearly 100 years ago. 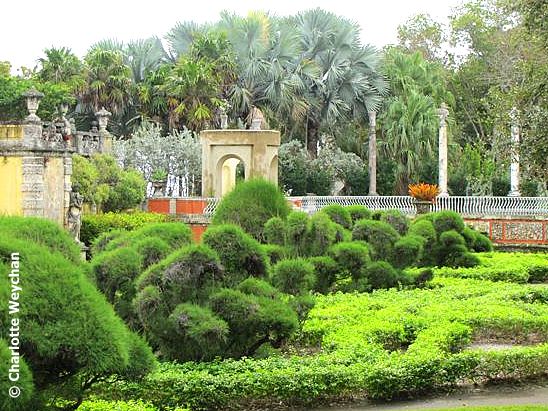 Deering purchased 120 acres of swampy land back in 1914 and set to work clearing the ground for his dream home, which has often been described as a "Mediterranean Xanadu". Diego Suarez was employed to design the gardens; F. Burrell Hoffman designed the house; and Paul Chalfin, curator at the Boston Museum of Fine Arts was enlisted to find all the statues, fountains, decorative urns, balustrades and other architectural fragments that adorn the garden today. By 1916 building work on the mansion was complete, although work on the garden continued until the early 1920s. 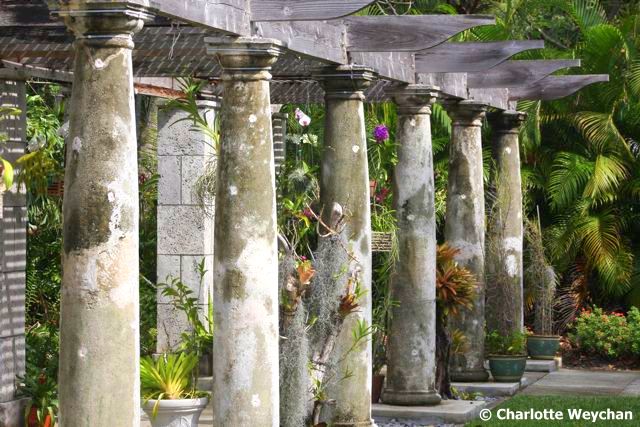 Indeed, part of the charm of this garden is its formal layout and the fine architectural features that you find as you wander through the various garden rooms. But sadly, Deering did not have the chance to enjoy his Xanadu for long, because he died within 10 years of the property being completed, and just one year later - in 1926 - a devastating hurricane caused immense damage to this ocean-facing property. So its future remained uncertain until 1952, when Dade County acquired it and started a restoration programme. Today Vizcaya is a National Historic Landmark - still owned and operated by Dade. 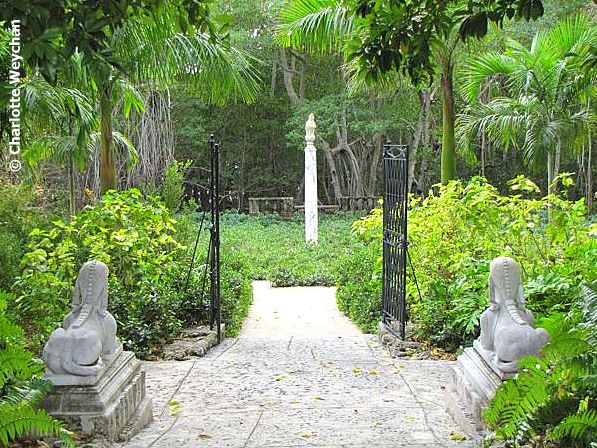 The main gardens are arranged on a cross axis, and cover 10 acres. They include water displays, flanked with architectural features; ornate staircases and balustraded sections; topiary, shrubs and parterre-style, low-level clipped hedges. There is also a Sensory Garden, filled with aromatic herbs, a Fountain Garden, so called because of the 17th century Italian fountain at its centre, a Maze Garden, filled with hedges of  orange jasmine (Murraya paniculata), a Theatre Garden, and Secret Garden. 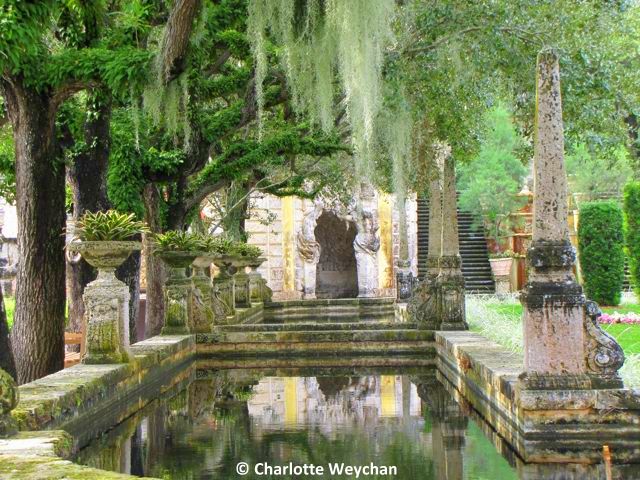 It doesn't really matter where you wander in the gardens here, because you'll be amazed by everything you see. This is an extraordinary property, reminiscent of the grand Italian country gardens. Every corner you turn reveals something new, interesting and different. And of course, you've got many other wonderful gardens nearby including the Fairchild Tropical Garden and The Kampong.