Beyond the Magic Kingdom! Going green in Orlando at Leu Gardens

On the shores of Lake Rowena in the heart of the historic district of Orlando is a great green space that will lift your spirits if you're suffering from theme park overkill. Former home of Florida native, Harry P. Leu and his wife Mary Jane, this 50-acre haven is far removed from the rest of the city - an oasis in a consumer desert which will re-invigorate you if you've lost touch with reality!
Sadly, I was too late for the dazzling collection of camellias and azaleas, which bloom during the winter months (October- March). Leu Gardens is home to the largest documented collection of camellias on the East Coast of the US, but I was able to enjoy the rose garden created by Mary Jane Leu when she lived here. It still seems strange to me to see roses in Florida because I'm so used to thinking of English gardens, but is just as impressive as Mable Ringling's Rose Garden further south in Sarasota. There are more than 200 varieties of rose here, including grandiflora, floribunda, hybrid tea, shrub and climbers. 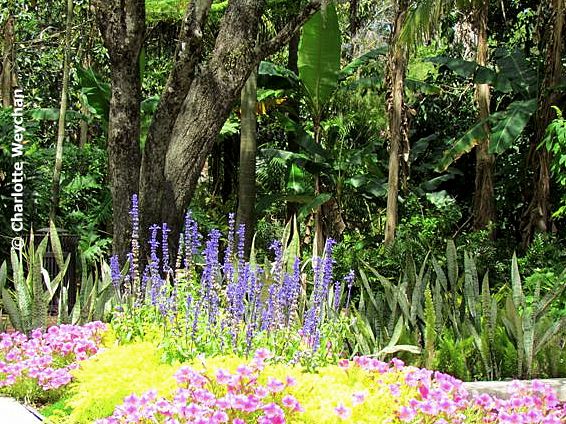 Elsewhere in the garden you'll find tropical walkways interspersed with floral displays; a butterfly garden; vegetable garden (below); herb, butterfly, colour and white garden areas; a citrus grove; and a huge collection of palms, cycads and bamboo. And at the heart of the gardens, there's the Leu House Museum, former home of the owners - carefully restored to show the way life was lived at the turn of the 20th century. 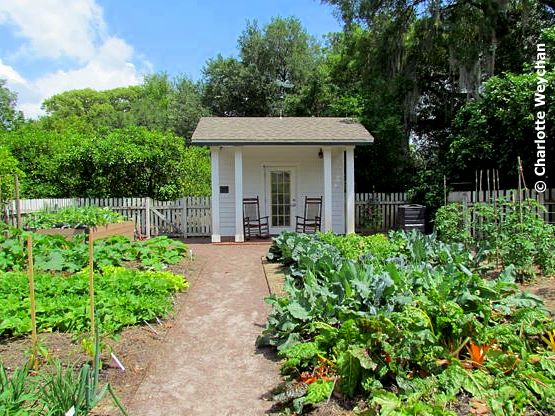 When Harry Leu and his wife created this garden, there weren't any theme parks in Orlando. But Leu was looking for a profitable crop to grow at his own Magic Kingdom on the shores of Lake Rowena! He and his wife loved to travel and following a trip to India and Tibet, where he learned that a particular type of camellia produced a leaf that was used in tea making, he started growing the plant at his home in Florida. But he soon discovered he'd chosen the wrong species to make tea! 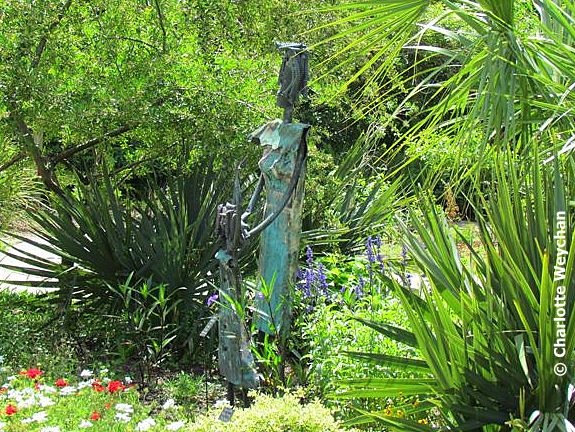 But some clouds have a silver lining and Leu so loved the sight of the camellias in his garden that he started collecting the species, and introduced plants from all over the world to add to his collection. In 1961 he gave his gardens to the city of Orlando - and today it provides a peaceful haven in the heart of a city that's become synonymous with all things imagined. This garden is a little bit of botanical magic in the middle of a make-believe world!
Labels: Florida Harry P Leu Gardens Roses US Gardens