Udaipur - city of grandeur and gardens! 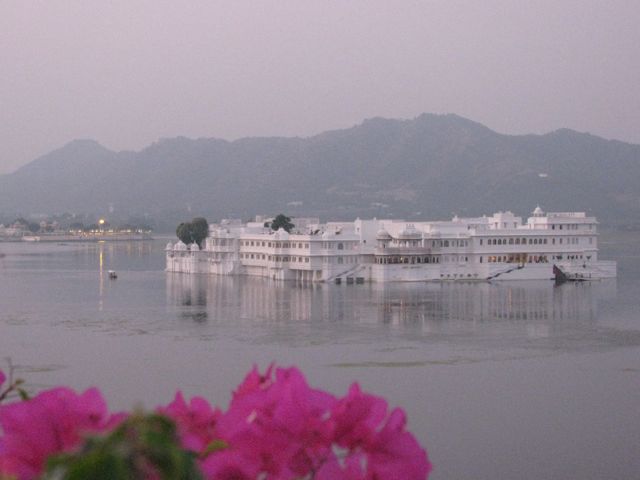 I'm now in Udaipur - one of the most beautiful cities in the world - and at this time of year, in monsoon season - it is filled with flowers everywhere you look. It has been made famous by the scenes in the James Bond film "Octopussy", which was filmed here, and most of us have seen pictures of the iconic Lake Palace (above), on Lake Pichola, which is now one of the world's top hotels.
Everywhere you look there is greenery at this time of year and yesterday, I went to visit one of the most famous gardens here - the Saheliyon Ki Bari - which is in bloom, following the rains. This wonderful garden was built by the ruling Maharana Sangram Singh in the 18th century and he presented it to his Queen after their marriage. 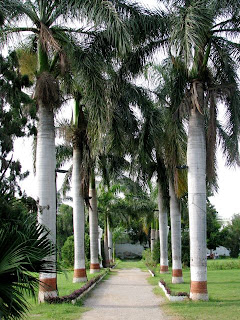 Translated it means, the Garden of Maids and takes its name from the 48 ladies who attended to her at her wedding.

Saheliyon ki Bari is quite majestic - it has long walkways (right) edged with magnificent palms; lush green lawns, fringed with banks of irises; and a spectacular water garden surrounded by a marble pavilion, and featuring large marble elephants and fountains that seem to float on a bed of water lilies and lotus flowers (below).
Marble is common here in Udaipur, because the mines are just north of the city, but one wonders how they transported such huge blocks back in the 18th century when the local terrain is so hilly - perhaps this is why elephants were as important then as they are today in India. 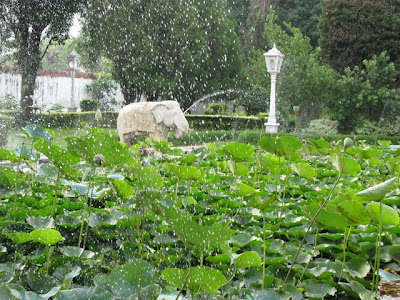 One of the great joys of this garden is that it's used by the local people, who come here with family and friends to picnic and enjoy the peace, away from the blaring of the motor horns on the street! This is a veritable oasis in the middle of the city and well worth adding to your visiting list, once you've marvelled at the city palace and the views. 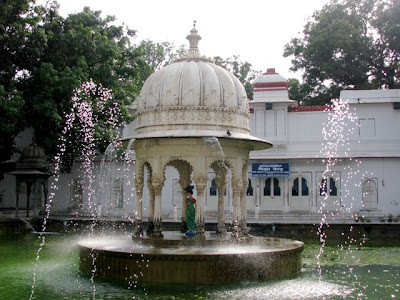 
This is a very old posting, hence the layout problems and poor photographic images - I will update this entry when I am next in Udaipur in 2011. Thanks for your patience.