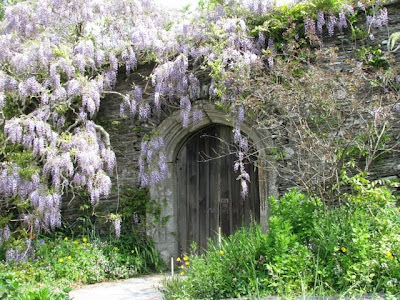 The Garden House, near Plymouth is another magical property that's really worth making the effort to see if you're in the area and can easily be combined in a day with Coleton Fishacre (see my last entry). This is a garden for all seasons and it doesn't matter whether you visit in May to see the magnificence of spring with the wisteria in full bloom (above); summer, when every border is bursting with colour; or October to see the wonderful hues of autumn.

Although this garden is also tucked away down Devon's winding country lanes - in a village called Buckland Monachorum - it's better known than Coleton because it has received so much good publicity in recent years ... and deservedly so, because of its naturalistic planting. 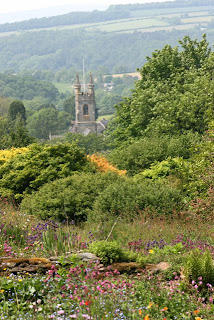 The story here began in 1945 when a former Eton schoolmaster - Lionel Fortescue - moved to the 1920s vicarage that forms the central focus of much of the garden (see below) and began planting a walled garden around the ruins of the former 16th century vicarage. Fortescue was the son of a Newlyn school painter and he clearly had a good eye for colour, but he was also a passionate plant collector who travelled far and wide to find good specimens - the fruits of his labour are what make The Garden House so special today - with an excellent collection of azaleas, rhododendrons and camellias for spring colour, and acers that come into their own in the autumn. But equally magnificent is the location of the property, at the edge of Dartmoor, with its fine views over the surrounding countryside (above).

Fortescue worked closely for many years with his gardener, Keith Wiley, to create the spectacular walled garden that is such a prominent feature here. And although the former schoolteacher died in 1981, Wiley continued as head gardener until 2003, when he was succeeded by Matt Bishop. Since his arrival, he has breathed new life into the eight acres of land by adding a quarry garden and a South African garden, so that there are now spectacular displays of unusual flowers, in addition to the large tracts of meadow-planting and woodland walks. 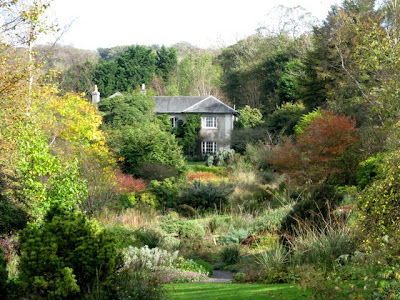 Lionel Fortescue's former home forms a focal point in the garden
Development of this garden does not stop and each time I have visited, I have noticed that there is more work in progress, so I shall watch with interest to see what Matt Bishop does next. He is particularly interested in bulbs and although I have not visited The Garden House in winter, I hear that the snowdrops and early spring bulbs are spectacular, thanks to his expertise.

The only slight problem with this charming garden is that it has become so popular that you may get besieged by clucking coach parties. But, take heart because even the horrors of slow-ambling crowds cannot detract from its beauty! 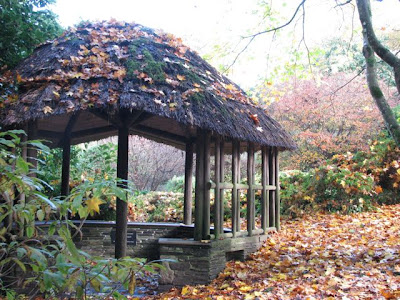