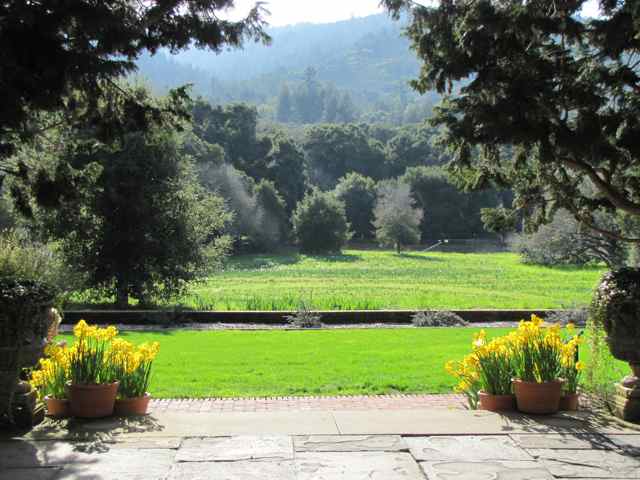 I'd heard so much about Filoli before I went there that I wondered whether it would live up to my expectations, especially after my recent visit to Viscaya. But it did, because there's no doubt that it's a really beautiful garden. From the moment you arrive and walk through the olive grove to access the main gardens, you are aware that this property is different .... very different from others! It has sweeping vistas across open countryside; wonderful planting and you get caught up in a huge stage set. 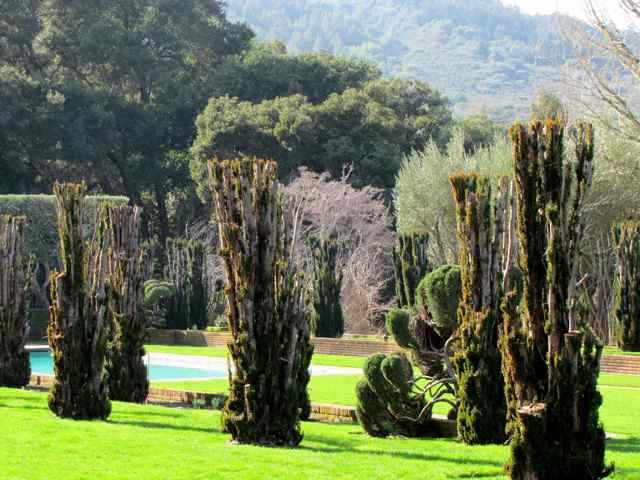 Located just 30 miles of San Francisco, the mansion that forms the central focus of Filoli was built for William Bowers Bourn II and his wife in 1915. Bourn made his money from gold mining, and it is his credo: "Fight for a just cause; Love your fellow man; Live for a just cause", that gave the property its name FI-LO-LI. The estate covers some 650 acres, but it's the 16 acres of formal gardens surrounding the Georgian-style house that visitors come for. 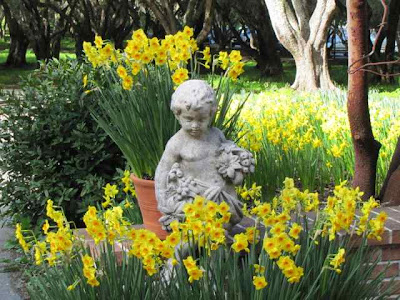 When the Bourns died in 1936, Filoli was bought by another wealthy Californian magnate, William Roth, who owned the Matson Navigation Company, and under the stewardship of his wife, Lurline (who is commemorated on a plaque in the garden), the gardens were further developed, and became recognised as one of the great formal gardens of America. In 1975, Lurline Roth donated the house and 125 acres to the National Trust for Historic Preservation, and they continue to maintain the property today with the help of committed volunteers. Today, Filoli is classed as one of the great gardens of the world. 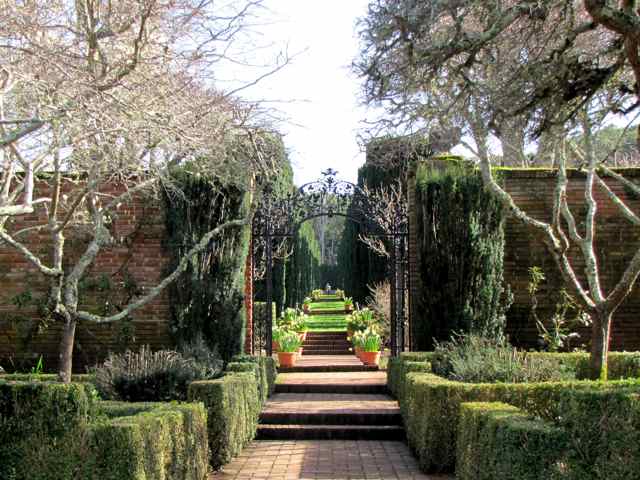 It doesn't matter where you look in Filoli, there is always a magnificent view, like the one above - looking up towards the High Place from the Walled Garden. The extensive formal gardens are divided into terraces, a Sunken Garden, Walled Garden, Yew Walkway and swimming pool pavilion, to name just a few, but what will strike you about this garden, is that is immaculately maintained, glorious to walk in, and will lift your spirits. 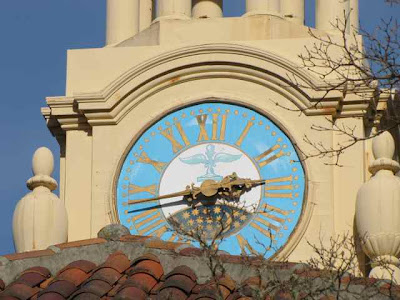 I visited earlier this month, so the emphasis was on spring flowers - many coming into bloom - and acres of daffodils, blowing in the breeze, wonderful magnolias and camellias. But what is so clever about the planning and planting at Filoli, is that it won't matter what time of year you visit - there will always be something in bloom. This is a garden that you need to visit and re-visit, because it will never look the same. It goes straight to the top of my US garden list, but perhaps that's because it reminds me of England! 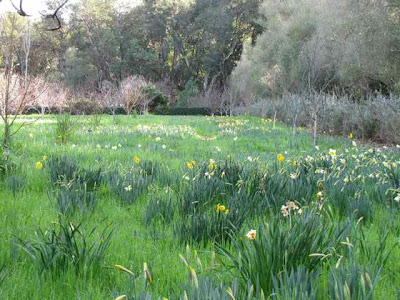 I'm leaving for North Carolina today (if the weather permits) and hope to see some gardens there, but Filoli is the garden that sticks in my mind right now!
Labels: California Filoli The Galloping Gardener US Gardens