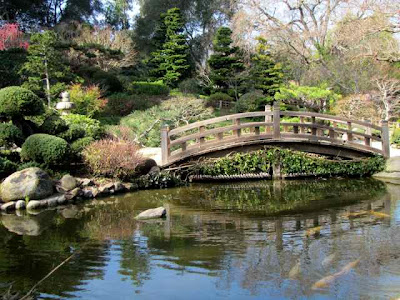 I haven't visited a Japanese garden before, so the Gardens of Hakone came as a real delight when I visited California recently. Used as a backdrop in many scenes from the film "Memoirs of a Geisha", this charming 18-acre garden was the brainchild of San Francisco philanthropists, Oliver and Isabel Stine, who commissioned Naoharu Aihara to work alongside a Japanese architect and design the garden for them on a steep, hillside plot in 1917. Isabel Stine travelled to Japan to look at gardens there before work began on her own plot and she named this garden after the Fuji-Hakone National Park. 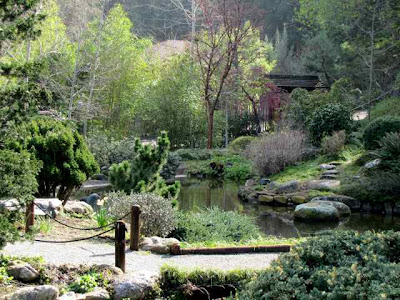 Hakone changed hands in 1932, when ownership passed to an East Bay financier, and again in 1961, when the gardens were bought by a partnership of prominent local families who restored them to their former splendour, before selling them on to the city of Saratoga in 1966, for $145,000. The city then hired Kyoto-trained landscape architect, Tanso Ishihara to carry on with the restoration work, but when he died in a tragic accident in 1980, he was succeeded by his former student, Jack Tomlinson, who continues to maintain the gardens today. 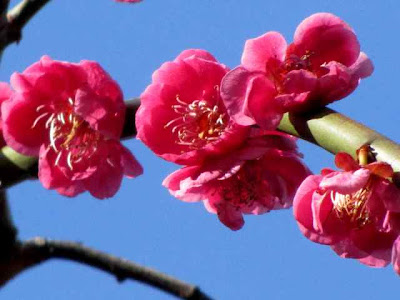 In 1984, the Hakone Foundation was formed to preserve the gardens for future generations, and its future was finally secured at the turn of the century when the David and Lucile Packard Foundation became involved. It now receives over 40,000 visitors a year and is busy developing a full cultural programme. It's worth remembering that Hakone is quite glorious at this time of year because the blossoms are rampant; the camellias very much in evidence; and the rhododendrons majestic. 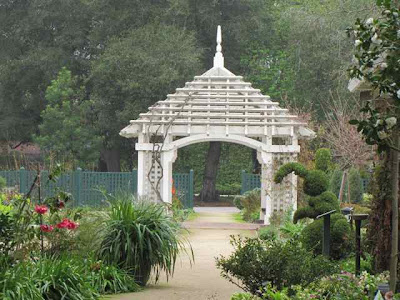 Combine this with a visit to the Elizabeth Gamble Garden (above) at nearby Palo Alto and you'll have a great day out. This 2.5 acre property is designated as a Point of Historic Interest and includes a restored 20th century house and formal demonstration gardens, entirely maintained by volunteers. A great place to see what grows and with wonderful hellebore displays at this time of year. Former home of Elizabeth Gamble (of Proctor and Gamble fame), she left the property to the City of Palo Alto on her death in 1981, and it is now open year round - and it's free to visitors! Lots of other flowers in bloom too right now, including more magnificent magnolias and camellias! 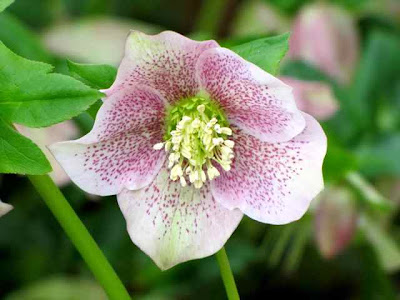