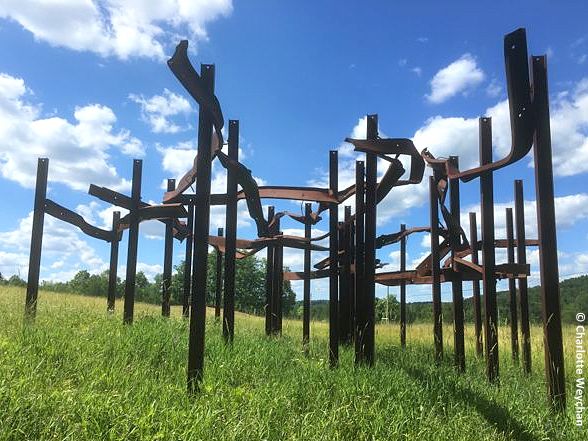 For the first time this week, garden enthusiasts will get the chance to see the remarkable garden created by Pat and Norman Webster at their stunning Canadian home overlooking the water, when the gardens open at 10.00 on 4 August. I was lucky enough to have a sneak preview when visiting Quebec in June with my son and highly recommend going for the open day if you're anywhere within a couple of hours drive. We drove out from Montreal in no time at all and really enjoyed our day. 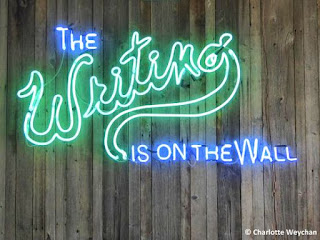 Pat originates from West Virginia, but has spent the last 20 years creating the extraordinary garden around Glen Villa, near North Hatley in Quebec. She is already well-established as a popular garden personality who speaks all over Canada and the United States. But her garden at home is a personal tribute to her boundless energy and sparkling personality. She is a talented artist and has created many of the sculptures herself with the help of local artists and also invited other well-known sculptors to exhibit at the undulating 750-acre garden situated in the Quebec Eastern Townships. 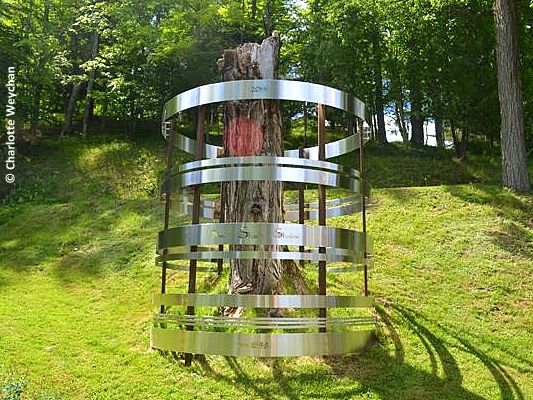 This is a garden that has large tracts of forest and open meadow, huge areas of lawn and magnificent views, with a striking contemporary house at its heart (not open to the public on August 4, but a great backdrop to some of the pictures visitors will take) and the numerous sculptures sit happily their setting, despite their size and in some cases, starkness. Pat has repeatedly emphasised some of the architectural aspects of her home, and the large RSJ structures are particularly effective at mirroring interior elements of the house. 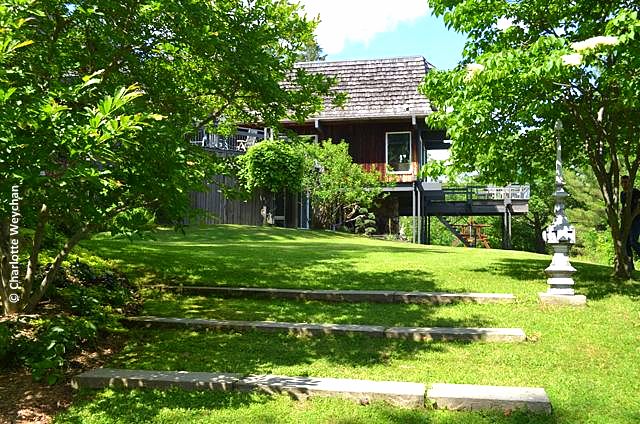 Pat and her husband Norman, have travelled the world throughout their lives, but have always returned home to Glen Villa, and it is very relaxed, family home, surrounded by a living landscape that invites you to explore every corner. Pat says of her home: "My aim is to make history visible in the garden, and at the same time to create an environment full of beauty. This is made easier because history is everywhere at Glen Villa, from the ruins of a grand resort hotel that burned down in 1909, to the foundation walls of old summer cottages ...". 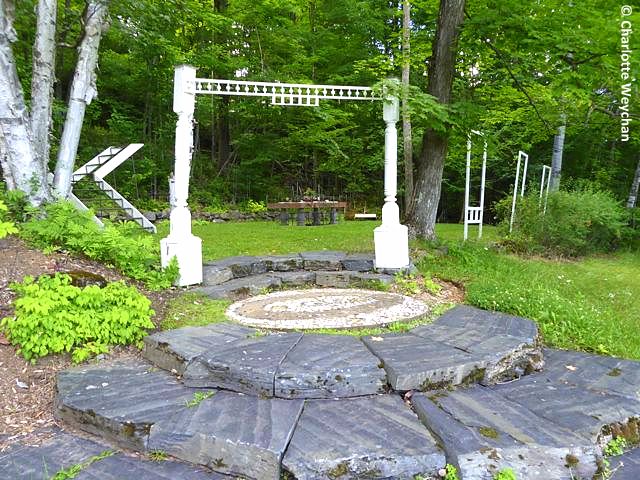 There is certainly plenty of history at Glen Villa, once the site of a luxury hotel, which burned to the ground in the early 20th century; so Pat has made a memorial corner (above) where a huge table is laid for eternity (below), plus stairs leading nowhere, empty window casements and a grand entrance arch. Elsewhere the broken structure of a collapsed bridge (top) has been reconstructed; and a dead tree is commemorated with shining aluminium bands. 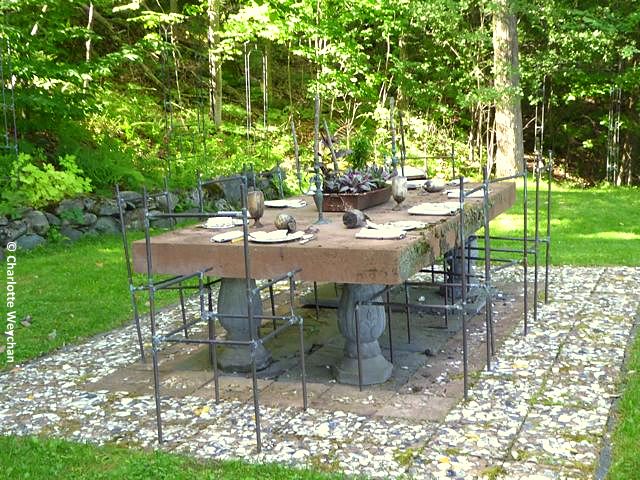 Glen Villa is a unusual garden that truly reflects the personality of its owners; it is both inspiring and uplifting - and a rare find these days. Admission on 4 August  is $20 and all proceeds go to support public trails and land conservation projects of the Massawippi Foundation, a community foundation that in just four years has protected 780 acres of ecologically important woodlands in the area. Defintely worth a visit! 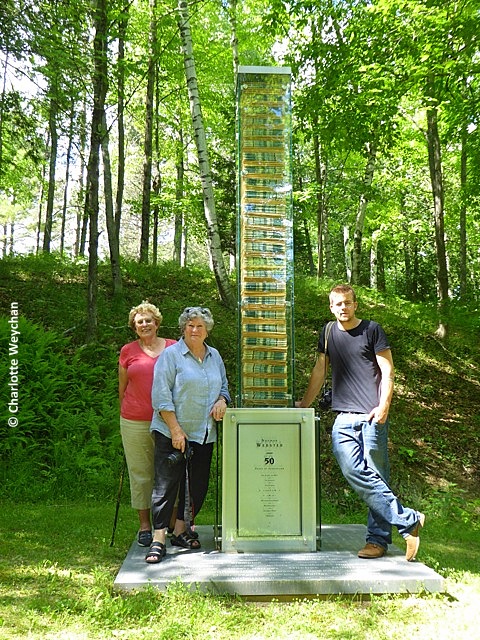 Pat Webster is featured here (centre left) with her sister and my son, Hamish (right) on the day we visited, so look out for her if you make it to Glen Villa on the open day. The gardens are open from 10.00 to 16.00. But make sure that you allow plenty of time to enjoy them.
They are pictured next to Webster's column, created by Pat to celebrate her husband Norman's 50-year career in journalism, latterly as editor-in-chief of The Globe and Mail (Canada's largest national daily newspaper) and The Montreal Gazette. The column is filled with old copies of the papers he edited, mounted on a plaque.

Glen Villa is located at: 1020 Chemin de North Hatley, Sainte-Catherine-de-Hatley, QC J0B1WO.
Followers may also want to be interested in my son Hamish Macpherson's travels in the next month, as he leaves for the Burning Man Festival in Nevada to help construct an amazing project: Tangential Dreams. They reached their crowd-funding goal and leave in three weeks time to start construction. 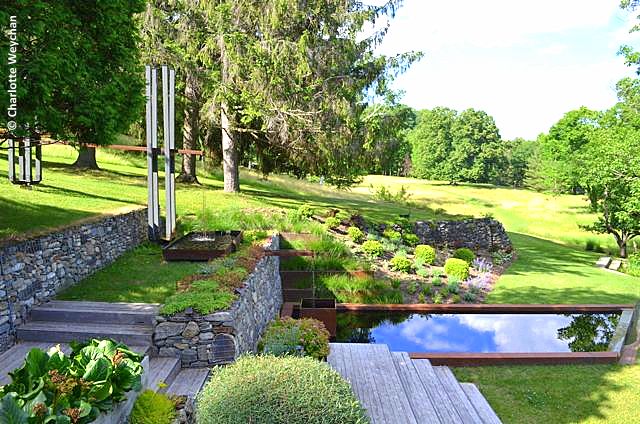