Sissinghurst Castle, former home of Vita Sackville West, is one of the most visited gardens in England. But, in more than two years of garden visiting all over the world, I've never given it a full review before because whenever I've tried to visit, the property is so crowded, it's hard to appreciate the gardens and virtually impossible to take photographs without catching a large crimpolene "behind" in the viewfinder! In a moment of madness, I decided to get there as the gates opened today on a Bank Holiday Monday!

Vita Sackville West - poet, novelist and gardener - moved here with her husband Harold Nicholson in 1930 and together they created a home that is now a museum, and a garden that has became one of the most famous in the country, but to understand why, you need to see the grounds from the top of the Elizabethan Tower (right).

Once you see the garden from above you realise it's a series of rooms around a moated Tudor manor. And although every "room" is unique, it's difficult to grasp the layout from the ground, because each area sits behind high hedges and you find yourself wandering from one to another, reliant on a map. But be warned, you climb the tower at your peril and there's no crowd control on the steep and narrow stairs! But once at the top, all becomes clear because you have a panoramic view of the gardens below.
It's the architecture that's dictated the garden at Sissinghurst. There's a manor house dating back to Tudor times (above), with a walled lawn garden; a Tower which forms the focal point of the estate; and a series of gardens laid out around the two main buildings, moated on two sides and carefully orchestrated to provide a garden symphony that has become famous throughout the world.
Vita, who was born of noble parentage at nearby Knole in Kent, became well known after WWII for her gardening column in the leading UK Sunday paper, 'The Observer',  and it's said that she "did more to change the face of English gardening than any other writing since (William) Robinson's 'English Flower Garden'. But one wonders how much influence she exerted for her other persona, as a leading light in the Bloomsbury Set, and her well-publicised affairs with both Violet Trefusis and Virginia Woolf.
But however Vita made her way to fame, the garden at Sissinghurst is both unique and unusual when you consider that she started work on it more than 80 years ago! There's much debate as to whether she and Harold were the first to create an entirely white garden, but there's little doubt that this is one of the features that attracts visitors from all over the world, and in June it's magnificent! But you'll also love the Rose Garden, the Cottage Garden, the much-loved Moat Walk and the Nuttery.
The National Trust has been running Sissinghurst since 1967. Vita died in 1962 and left the property to her son Nigel, although her husband - Harold - remained in residence. But the family soon realised it was impossible to pay the inheritance taxes due on the property, so they approached the Trust to take it on, which took five years of negotiation. Today few would dispute the value of Sissinghurst to the nation, but it was a daunting prospect for the Trust when they took it on, because their expertise was in houses, not gardens!
Sissinghurst is just one of several properties owned by the National Trust which has Bloomsbury Set connections. Virginia Woolf's country cottage - Monk's House, near Lewes - is also open to the public, although the gardens here are on a much smaller scale. But today it is one of their flagship properties and attracts more than 250,000 visitors a year! 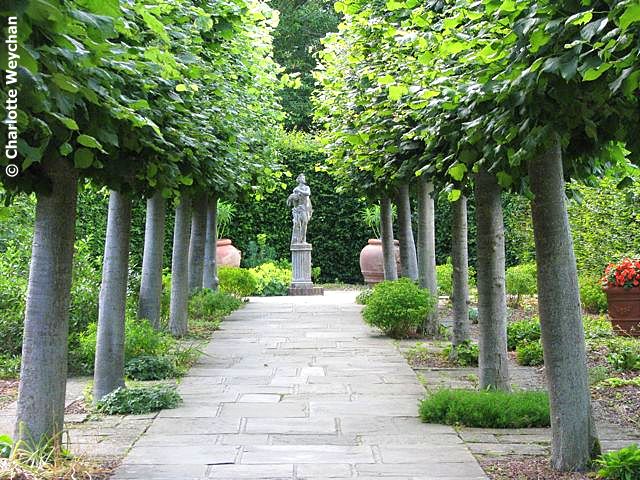 It has to be said that Sissinghurst is an impressive garden, but credit should go to the head gardeners here, who have worked tirelessly for the last 45 years to create a living postcard of how the other half lived! This, like Hidcote Manor is a showcase garden, which attracts hundreds of thousands of visitors every year because its reputation has spread worldwide. Vita did much to publicise her own plot when she was alive, through her gardening columns, but the National Trust knows the value of this property and works hard to keep it looking pristine throughout the year!
Labels: Kent Kent Gardens Monks House National Trust Sissinghurst Virginia Woolf Vita Sackville-West